On a bright summer day in San Miguel a historic Peace Pole dedication took place on August 2nd in the local Park Juarez. 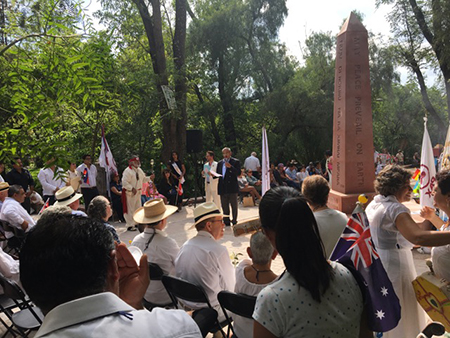 Tom Snider, Peace Coordinator of the English speaking Rotary Club of San Miguel de Allende Midday spearheaded the project and formed a partnership with the Spanish speaking Rotario San Miguel bringing the two cultures together in this remarkable endeavor.  The event was in the planning for the past two years with fund raising activities and negotiations with the city of San Miguel to obtain all the permits necessary to install the Peace Pole in this UNESCO World Heritage Site.

The 3 meters tall peace pole was crafted out of cantera stone in keeping with the strict regulations of the Heritage Site.  The peace message was carved on the stone in English, Spanish and the native languages of Otomi and Nahuatl and adorned by braille and Mexican sign language at the base.  The Rotary logo was also carved at the base to honor the efforts of all the Rotarians that contributed toward this project. 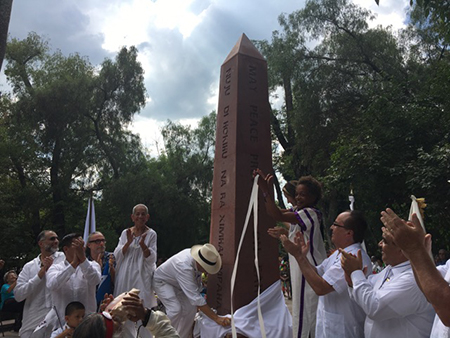 The dedication event was started with words of prayer and blessings offered by the native Otomi and Nahuatl elders followed by a number of speeches by Soledad Sanchez, Rotary District Representative, President Fred Collins of the English speaking Rotary Midday, President Alberto Carbajo of the Spanish speaking Rotary Club of San Miguel and other community leaders who were came to celebrate the occasion. 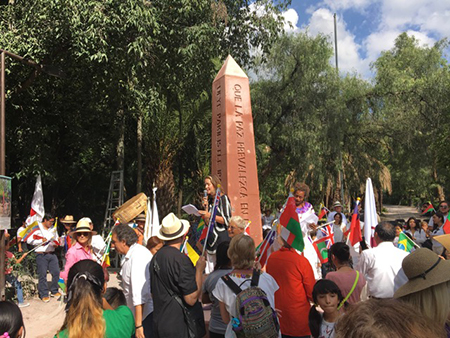 After the unveiling of the Peace Pole, a World Peace Flag Ceremony was presented by Fumi Johns Stewart, Director of WPPS and Patricia Ann Talley, Peace Representative of WPPS in Zihuatanejo, Mexico who came to attend the event.  Youths carried the flags of the world while all in attendance gathered around the Peace Pole to send their wishes for peace to prevail in every country on earth with great enthusiasm. 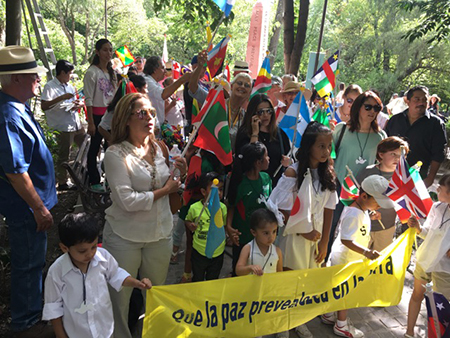 After the Flag Ceremony, youth and adults alike joined as one heart and one mind in a Peace Walk which led from the park to the Jardin center of town.  The walk was led by a Nahuatl elder, youth and other enthusiastic community members who carried the flags of the world while repeating the message, May Peace Prevail On Earth and in many countries around the world.  The walk ended at the world renown La Parroquia de San Miguel Arcangel, which is the current parish church of the City. 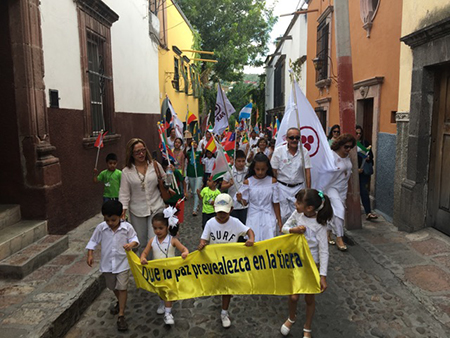 Closing speeches were presented at the front steps of the church to conclude this memorable event by Rotarians, members of Pax Cultura and representatives of the Catholic, Muslim and Jewish Faiths. 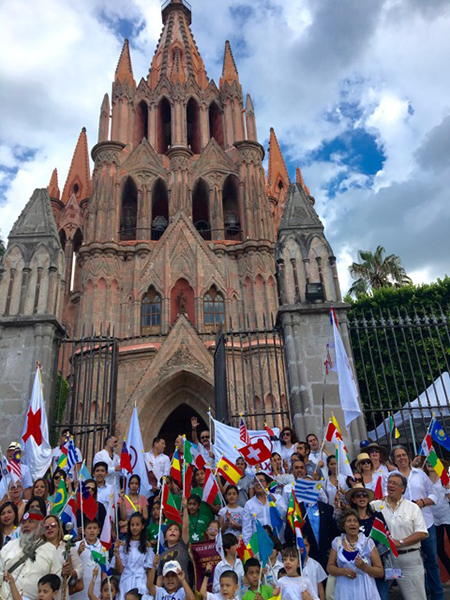 With the planting of this magnificent Rotary Peace Pole in San Miguel, a huge seed was planted in the Heart of Mexico.  There are now plans to encourage other Rotary Clubs throughout Mexico to join the Peace Pole network.  Thank you Rotarians for your dedication to Peace through Service! 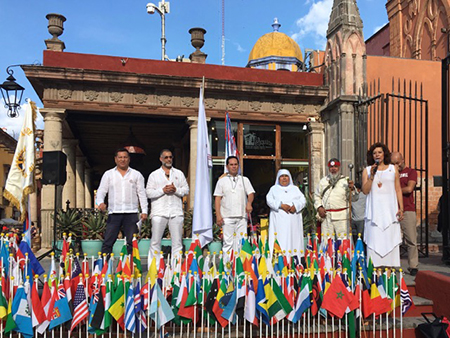 May peace be in Mexico
May Peace Prevail On Earth