We planted a Peace Pole and held a World Peace Prayer Ceremony at JEJU Peace Festival 2014 in Jeju island, Korea.  It was a beautiful day and everything went perfect. 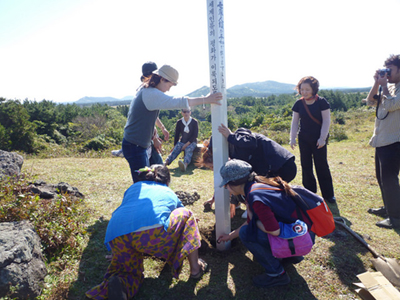 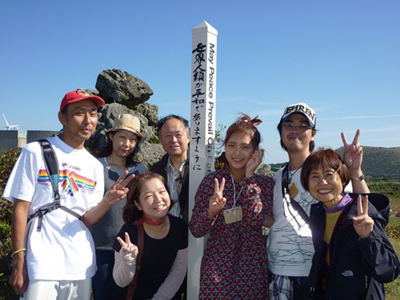 The JEJU Peace Festival 2014 was held in cooperation by Japanese, Korean and Taiwanese people who aim for peace from Asia.

Mr. Kanpei Kushida is a member of the steering committee and he is a singer/peace walker.  He made friends in his Peace walk throughout Korea, which inspired them to have the festival. (He also helped Okayama Peace Walk this year.)

The festival offered a Peace tree plantation, music, dancing and other festivities. 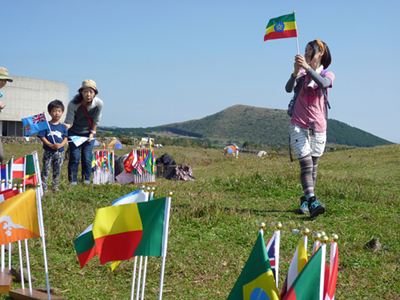 There was also a group of musicians,  named “The Family” and they offered music and song which incorporated the words,  “May Peace Prevail On Earth.”

I met many people from Japan, Korea, Taiwan and China and felt that there were so many people taking action for creating peaceful world.

It was great and exciting to see these people.