Children from Lahore-Pakistan participated in the Peace Art Work Competition on the theme 2014 “Right to Peace” organized by Peace Pals International. A Certificate Distribution Ceremony was held on 14th August 2014 along with that children celebrated the Independence Day. They dressed up culturally, folk dances were presented, Patriotic songs were sung, they represented different Provinces of Pakistan (Punjab, Sindh, Baluchistan, KPK, Azad Kashmir and Northern Areas). 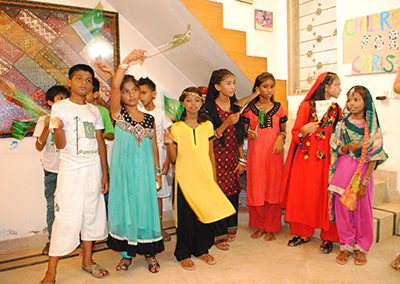 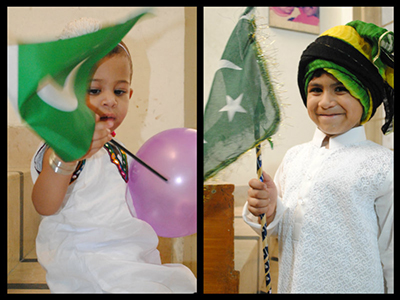 It started with prayer, Bible Reading was from Psalms: 85, National Anthem was played. Later the role of Christians in Independence was elaborated to children and community members, role of women was briefed, how to play a positive role in the progress of Pakistan as minority Christians was discussed, real life experiences and examples were quoted in an interactive way.

Special prayer was said for Peace in this land as currently we are going through much unrest. A pledge was taken that we the Christians will carry on spreading peace and will be ray of hope in this darkness. Christians since 1947 after Independence played major roles in Education, Health, Military and in other fields of life and we will continue this, despite of many injustices, inequalities, persecutions and discriminations. We will keep our flag high as WE ARE PAKISTANI too.

Major highlight of the day was the Certificate Distribution Ceremony of the participants in Peace Art Work, certificates were sent by Peace Pals International. We are thankful to Jules Lamore who helped us throughout. We encourage to organize such events through which different countries can come to one place and be united for Peace. 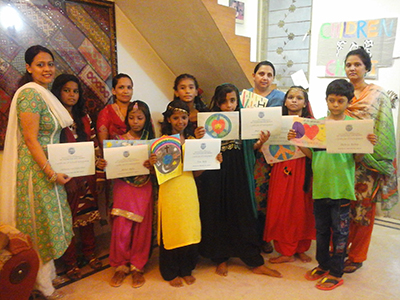 “We are happy to see the other art work of children around the world and got inspiration and clear understanding of Peace,” said Tisha Rafique (a child participant).”We are thankful and happy to have the certificates”, said Samuel Farooq (other child participant). “Coming from a poor background, I am feeling very obliged that my daughter got this Certificate because I never thought of this as our resources and boundaries never allowed us to reach to that level, today I am feeling proud and accomplished, said a mother of one participant”.  “I am thankful and request Peace Pals and other organizations to arrange such events and activities in which children can portray their thoughts and ideas and through which this world gets connected and build relationship of love, unity, friendship and acceptance”, said Christina Patras (Founder, Children for Christ) .

I end up with the prayer that May Peace Prevail on Earth and in Pakistan.

Please visit Peace Pals International to see this years winners and finalist on the web and on our Facebook page.