Montessori at the Marina is now an International Peace Site!

Today we officially dedicated our school as an International Peace Site. It was a very nice ceremony as we discussed the importance of peace both within ourselves and in our environment. All of the students played a part in our dedication ceremony, and it was beautiful! Ms. Kellylynn in Primary 1 read a story titled, We Can All Get Along. Then they played a song titled, I Think You’re Wonderful, and while the song was playing the children passed necklaces to each other which read “I Think You’re Special.” Primary 2 carried out and presented our new World Peace Flag. Primary 3 beautifully sang the song Light A Candle for Peace. And Primary 4 carried out/presented our new official peace plaque.

We have attached pictures of the event. Our new Peace Pole is out on the playground, and the Peace Pole reads “May Peace Prevail on Earth” in English, Spanish, Chinese, and Arabic. As some of you may or may not know, Dr. Maria Montessori was nominated for the Nobel Peace Prize in 1949, 1950 and 1951. Each nomination acknowledged her work toward achieving world peace through education, which is why it is an important part of our curriculum. 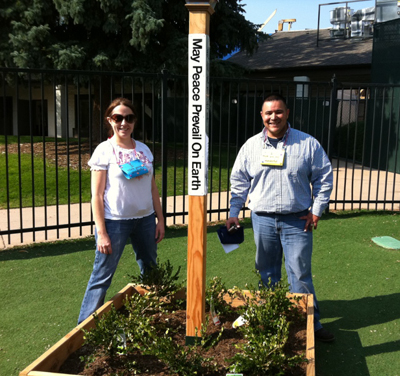 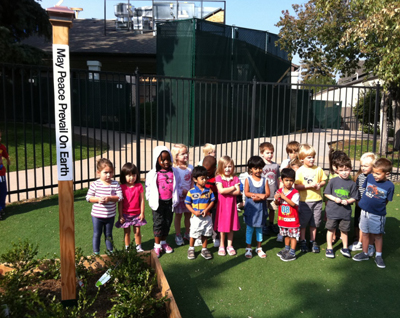