June 16th, 1976 is a day that will never be forgotten by the African people.

It is the day that the Apartheid came to an end and freedom reigned for the South African children as inspired by Nelson Mandela’s thoughts on freedom and peace for the African community. 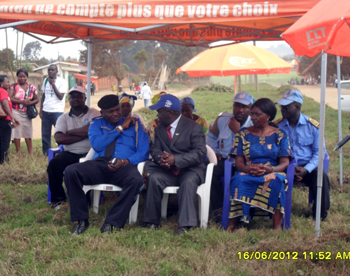 The Peace Pole Dedication Ceremony began with the National Anthem for the Democratic Republic of the Congo after a ceremony of peace prayers in the Catholic cathedral of Butembo near the place chosen for the Peace Pole planting ceremony. 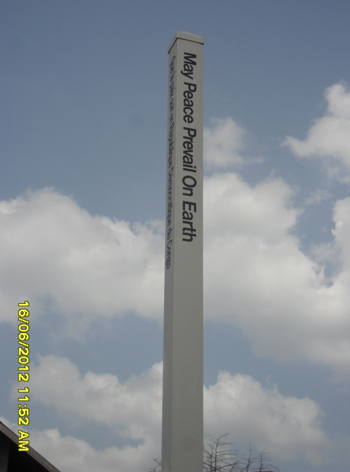 The first to speak was Mr. MUHINDO MAPENDO KASONGO, he began by saying, “The Peace Pole is used to radiate peace energy. It is a reminder of the desire for love and peace which exists in every human soul.” 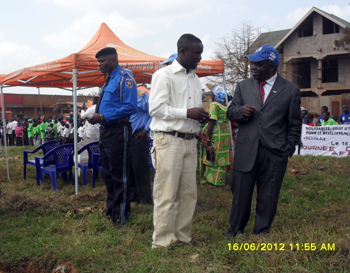 At the end of his speech he read the message sent from Mr. Hiroo Saionji, President of WPPS, for the people of the Democratic Republic of the Congo.
At the end of the ceremony Mr. MUHINDO MAPENDO KASONGO told the participants that in the coming days they will plant yet another Peace Pole in the Democratic Republic of the Congo. 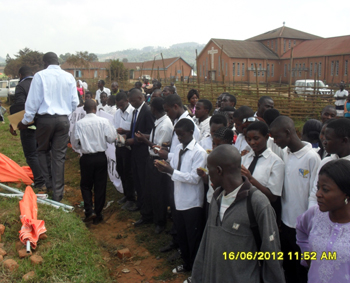 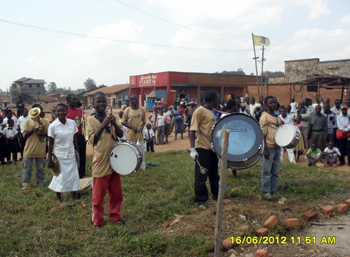