IT was an activity-filled day for United Nations assistant secretary-general for peace-building support, Judy Cheng-Hopkins, during her one-day visit to Taiping recently.
One of her scheduled activities was planting a tree at the Peace Pole site at the scenic Lake Gardens. 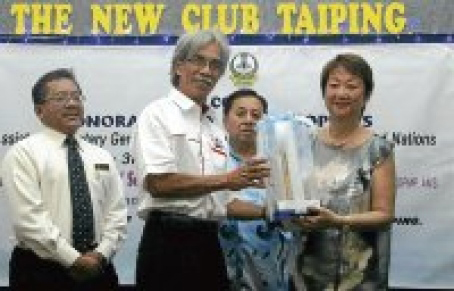 Meanwhile, environmental activist and Taiping Peace Initiative founder member Datuk Dr Anwar Fazal briefed those present on the history of Taiping, its numerous heritage buildings and how tourism could play a role in promoting Taiping to the world.