After the speeches by distinguished guests and Prof. Hideo Nakazawa, a Councilor of The Goi Peace Foundation read the message from Mr. Hiroo Saionji, President of The World Peace Prayer Society. 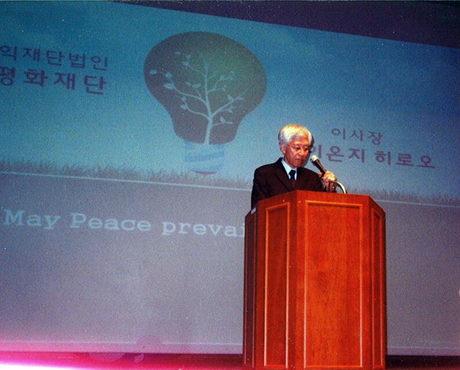 More than 300 people participated in the World Peace Prayer Flag Ceremony with the country images on the big screen on the stage. 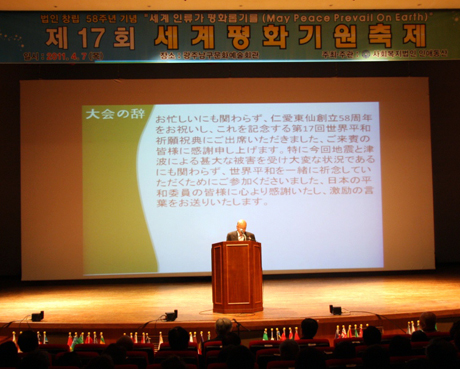 We incorporated the various news images before each region of the world was announced, so that the participants would be able to imagine how serious those area needed the prayer, May Peace Prevail On Earth.

At the finale, children raised a globe on the stage. It was very symbolic for the bright future. 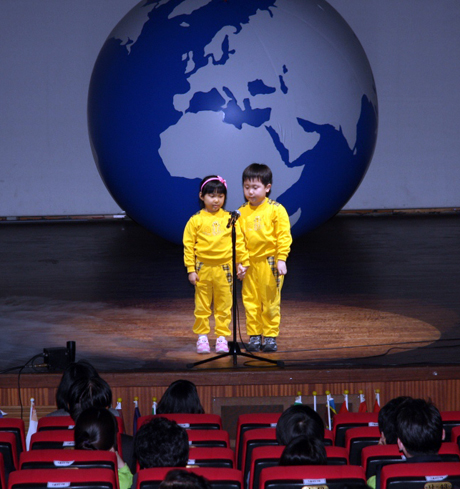 After the ceremony, Vvarious groups of the Jin-Ae garden performed their songs, dances, performances, etc. 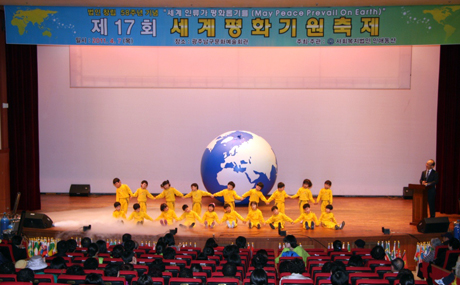 May Peace Prevail on Earth.