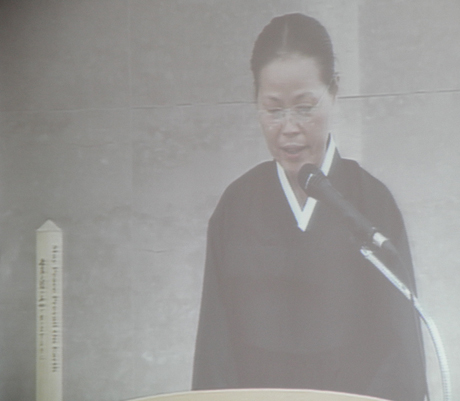 International singer/songwriter Aliza Hava led a musical peace chant of “May Peace Prevail on Earth,” with the support of a Peace Choir made up of Israelis and Palestinians of three faiths, during the first WPPC on November 9th. The ceremony followed a summit on the theme of Universal Ethics. The summit issued a declaration to present to members of the G20 meeting of heads of state also being held in Seoul the same week. 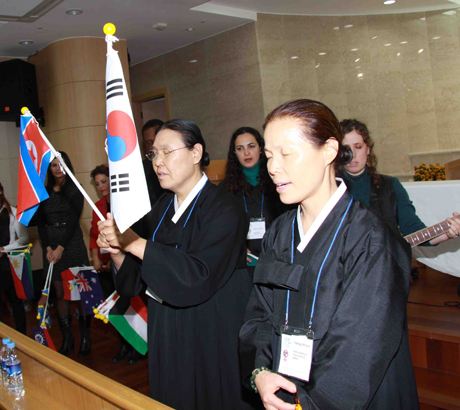 Koreans raised the flags of all nations, joined by 60 participants from around the world. After the prayers for all the countries of Asia, everyone stood for a special prayer for peace in Korea, the most profound moment of the day. The screen on stage showed a photo of international members of the United Religions Initiative praying for peace at the Demilitarized Zone between North and South Korea in 2005, all holding stickers saying “May Peace Prevail on Earth” in Korean. 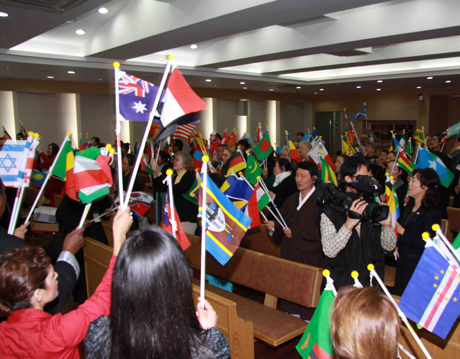 Two additional summits followed, one on the empowerment of women and the second on the Dialogue among Civilizations Cultures and Religions. A panel of representatives of various religions was moderated by WPPS UN Representative Deborah Moldow. 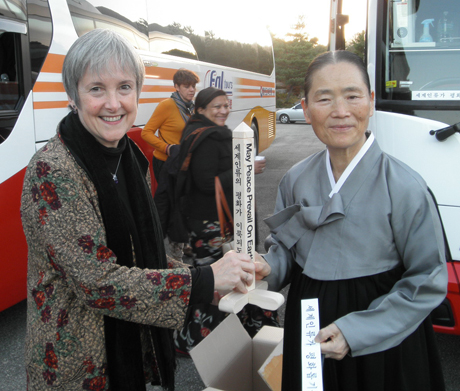 Deborah Moldow, UN Representative for The World Peace Prayer Society also led a second World Peace Prayer Ceremony at the Won Buddhist Holy Land in Youngsan, Korea on November 12th to close a beautiful day of prayer, meditation and a musical offering of the Pool of Prayers from Carman Moore’s “Mass for the 21st Century.” Everyone held the flags in a giant circle, calling out the country names and praying together, “May Peace Prevail on Earth.” 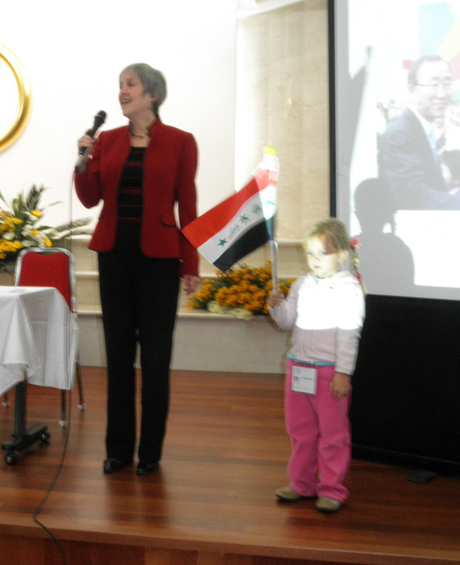