We held a World Peace Prayer Ceremony at the annual event at the Central Park Band Shell on Sept. 18, 2010. Because of program delays, the Ceremony was abbreviated, but it was quite sincere and very moving. It was followed by an aria by Scottish opera singer Martin Aelred. Ashley Young was there to capture this on a 10-minute video at 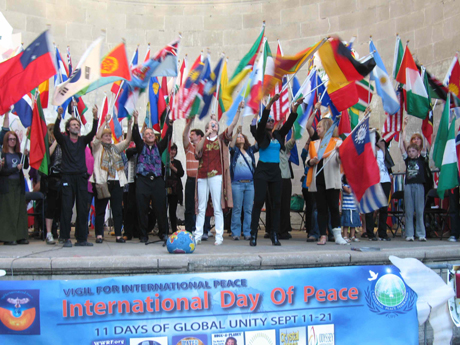 Although the Flag Ceremony was brief, the prayer “May Peace Prevail on Earth” permeated the event, frequently stated by organizer Susana Bastarrica and various other participants. It has become a real theme of the event.