World Peace Flag Ceremony!
The 15th Annual Gathering of the Vibes, July 29th-August 1st was held at Seaside Park in Bridgeport, Connecticut. Approximately 18,000 people gathered over the span of the 4 day weekend event. The World Peace Flag Ceremony (WPFC) was organized by Jim Dugan and presented by Jim Dugan and Ann Marie Robustelli of The World Peace Prayer Society.
The WPFC was broadcasted live on Radio Vibes WPKN and filmed live on Ustream
wpkn.org

Other Peace Poles were placed throughout the 200 acre site sending the VIBE….
MAY PEACE PREVAIL ON EARTH! 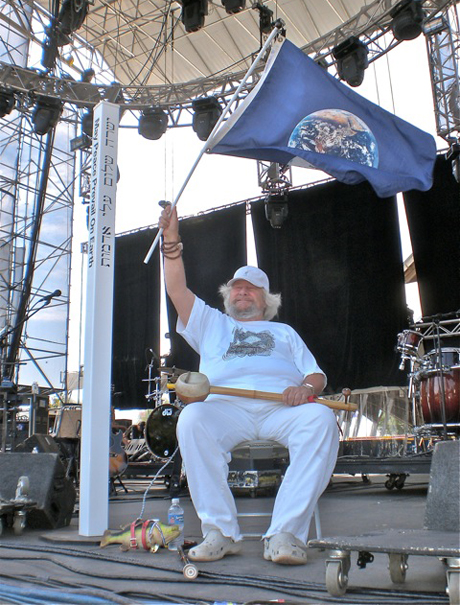 Wavy Gravy has been a peace activist for over five decades and was Founder and Co-Founder of several non-profit organizations, such as: the Seva Foundation, Camp Winnarainbow and the Hog Farm. He also has two radio shows on Sirius Satellite Radio and is a true icon of American popular culture. 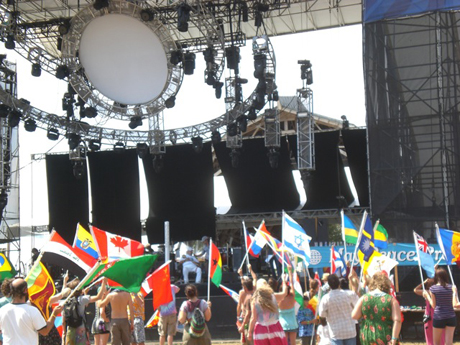 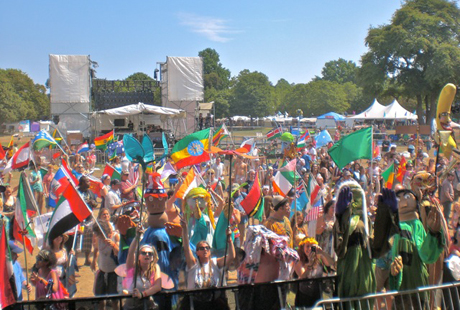