Beacon, NY – From January 7 – March 13, 2009, the Mount Beacon Fine Art Gallery is currently hosting the international traveling exhibit, Freedom & Art, a collaborative effort involving fifty-one artists from over twenty countries and six continents.  The exhibit falls under the umbrella of Mirca Art Group, an Internet-based coalition of artists from around the world whose mission is to raise awareness about Daw Aung San Suu Kyi, a key political figure who was placed under house arrest in Myanmar (formerly Burma) 19 years ago over her bid for political freedom.

It was an amazing evening of culture and peace coming together with the message, “May Peace Prevail On Earth” displayed at the entrance of the gallery. A four-sided Peace Pole displays the    Peace Message in  English, Japanese, Burmese and one message plate reads:May Peace Prevail in the United States of America! 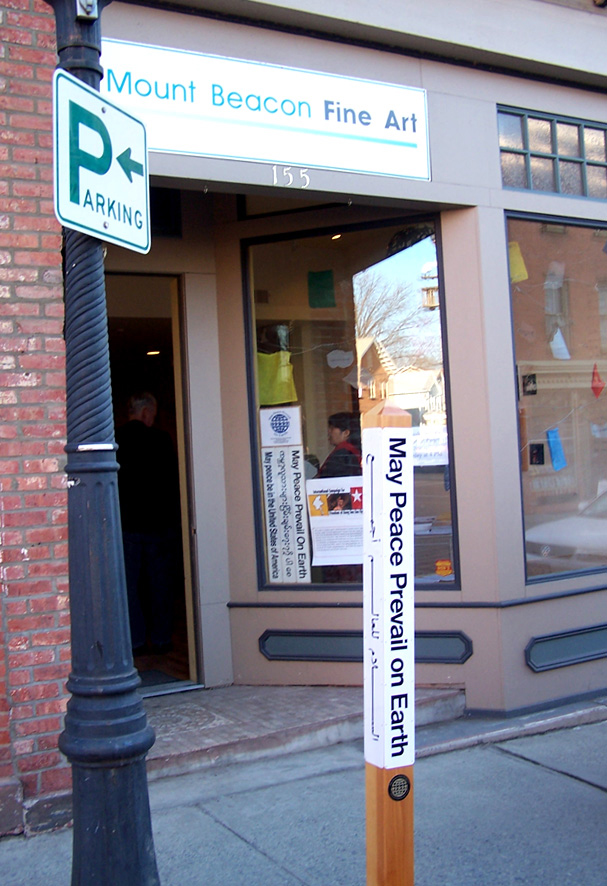 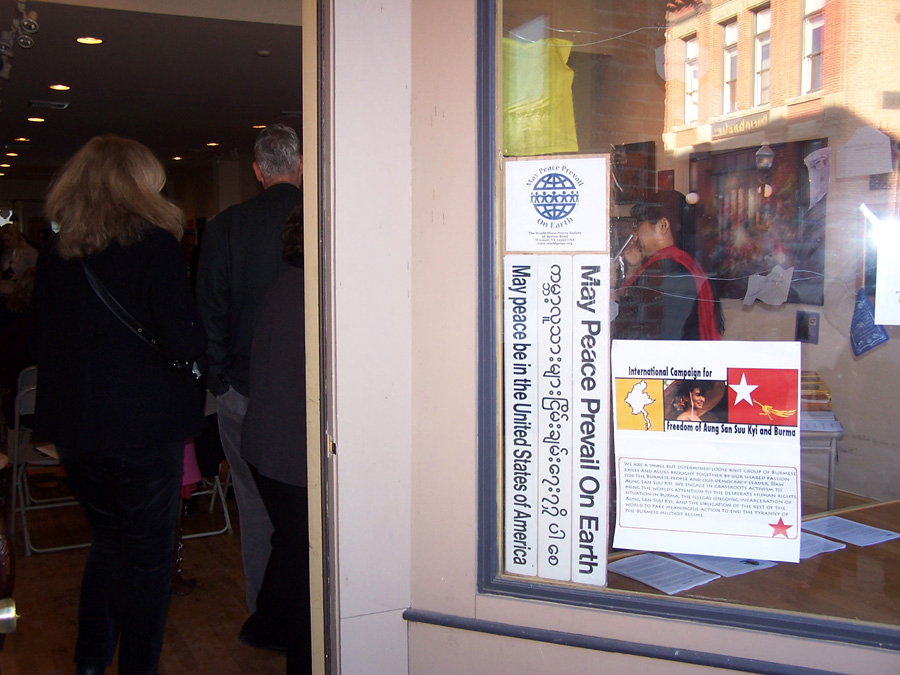 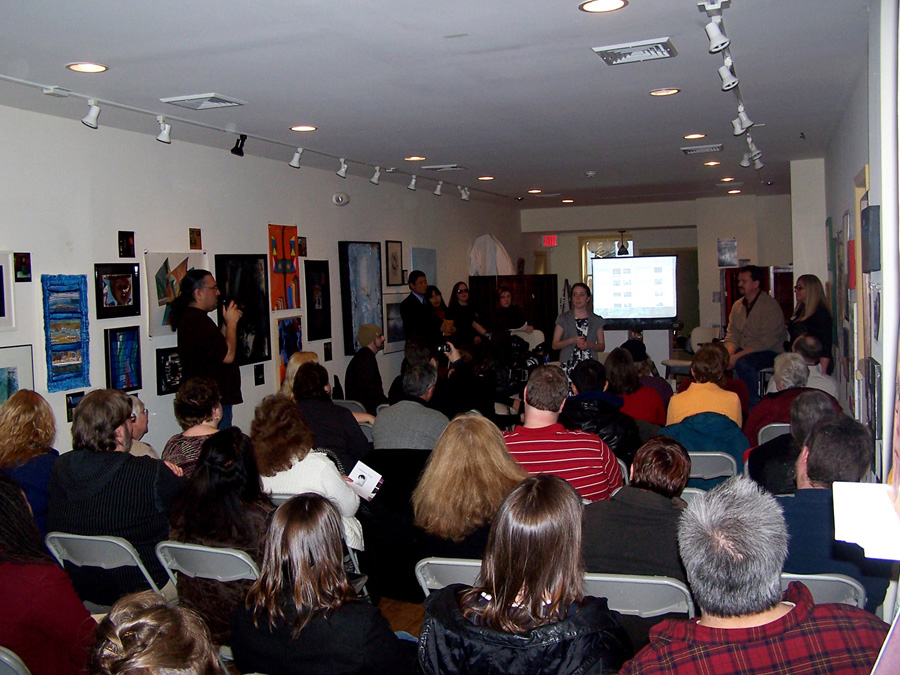