Thanksgiving Day is a national holiday in the USA to commorate the feast held by the Pilgrim colonists, celebrated annually on the fourth Thursday of November.

It was particularly memorable for The World Peace Prayer Society this year as we were invited by Dr. Gabriel Cousen, founder of the Tree of Life Rejuvenation Center, to present a World Peace Flag Ceremony as part of their Thanksgiving Day Celebration.

The Tree of Life has the world’s largest Chatres Labyrinth. The Ceremony took place within this amazing energetic portal in the desert of Patagonian surrounded by rolling hills under a wide expansive sky.

As each nation flag was announced, followed with the prayer, May Peace Prevail On Earth for each country, flag bearers entered the sacred labyrinth led by Gabriel in a procession of swirling colors and melodic movement.  The flag procession ended at the heart of the labyrinth where the earth flag awaited us.

At the closing of the Ceremony, prayers of gratitude to all of creation on earth was recited by attendees in honor of Thanksgiving Day with the prayer May Peace Prevail On Earth repeated three times as each nation flag was raised high.  Gabriel gave blessings for the daily bread through the food offering which was placed by the earth flag. He then led the flag bearers in guided meditation with song, titled “May Peace Prevail On Earth” which brought the ceremony to a close.

A holographic image of peace radiated forth from Patagonia, Arizona to every corner on earth.

Afterwards, friends, family and community members were invited to gather at the Raw and Living Food eatery, for a Thanksgiving Feast!   May Peace Prevail On Earth!

Photograph below: (on right) Dr. Gabriel Cousen, founder of the Tree of Life Rejuvenation Center with Fumi Johns-Stewart, Executive Director of The World Peace Prayer Society. 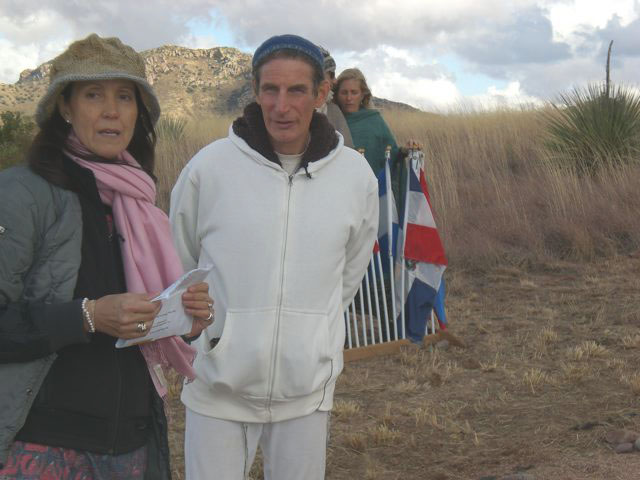 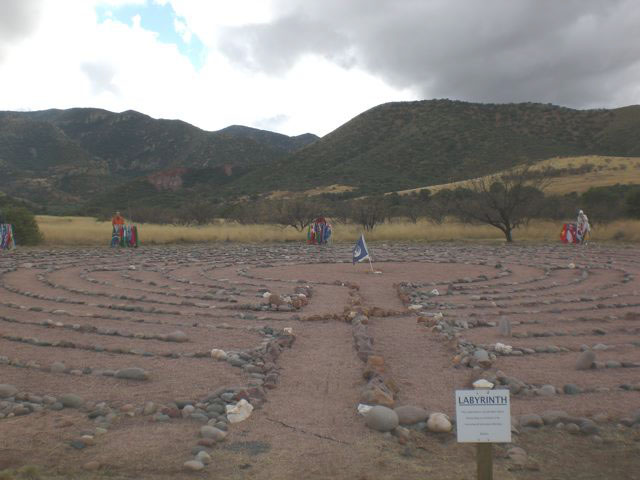 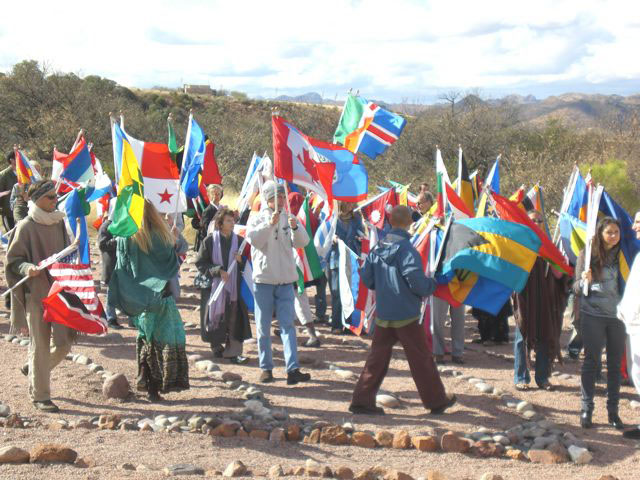